Build of the Week: Master Blaster 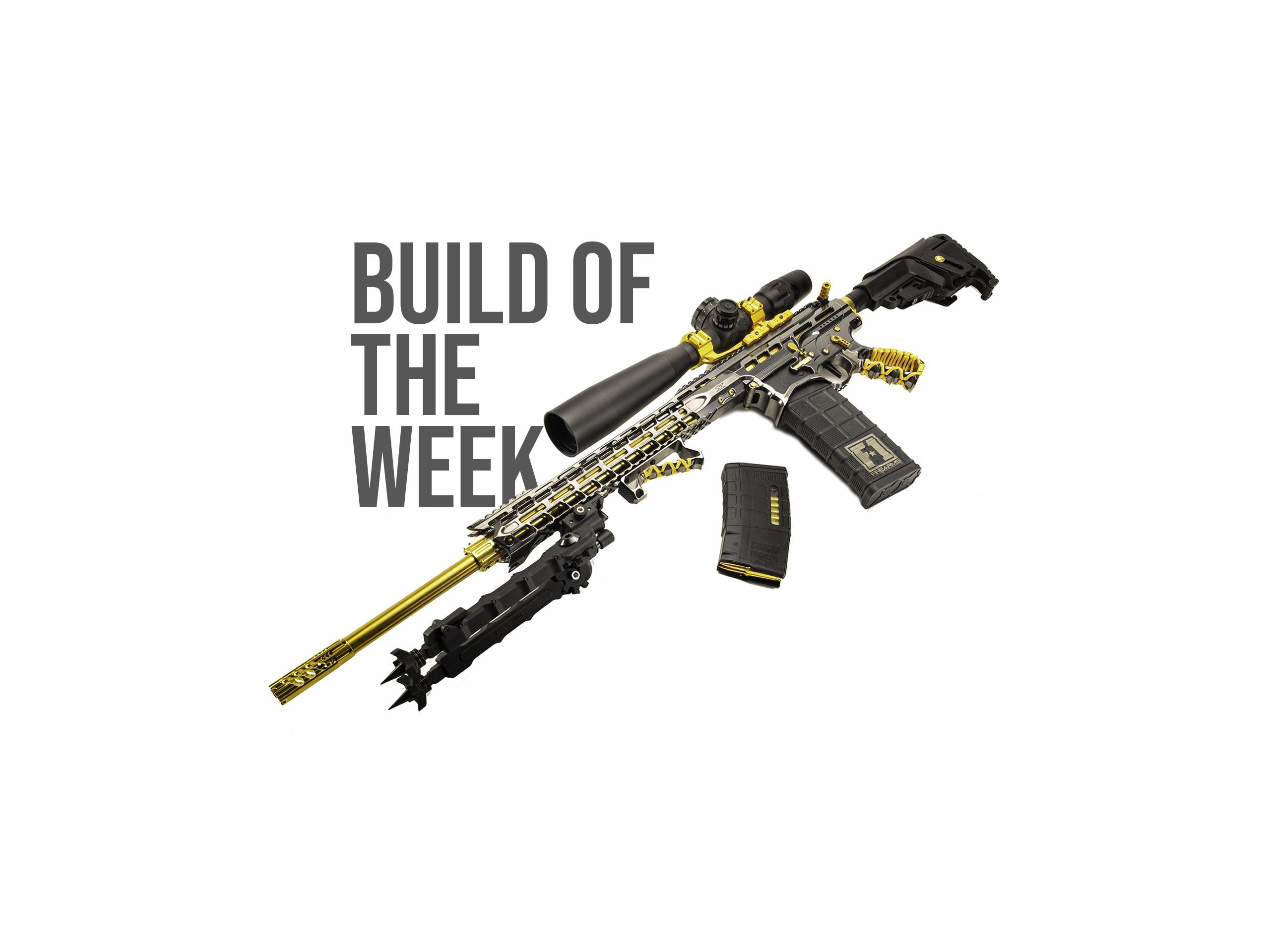 Posted in: News | Firearms Industry News
By Aristotle Bartolome
No comments
There is sometimes a very fine line, between safe queens aka "BBQ guns" and a hard use function built firearm when it comes to custom builds and design. There seems to be two prevailing schools of thought regarding subscribing one way, or another. There are just some guns, that you have and own that serves a distinct purpose, and ones you own, just because you can, and because it simply makes you happy. And in some instances, you can pull off both. We had a chance to catch up with one of those instances when our friend, and team F1 Firearms pro staff shooter Kelly Bennet visited us at our Auburn store with "something to show us". And when he brought it out of his rifle case, I knew right away, it was our next "build of the week" gun. Let's dive in... In speaking with Kelly as I snapped these photos, the prevailing "reason" for the gun, was to fill a major hole in his "longer range" arsenal necessary to compete in 3 gun. Often times these major matches will have targets set anywhere from 600-900 yards. With challenging shooting positions, and sometimes extreme conditions combating wind, rain, snow and a lot of dirt and sand.

The majority of a 3 gun match, 90-95% of your shots will be within 200 yards, but those bonus targets, are what separates the shooting elites, and many of those, have dedicated long range gas guns chambered in .308, 6.5 creedmoor and 6mm ARC. These are your wind splitters, heavy hitters with enough room on the scope to dial these in. They may only make up a small percentage of the work, but can mean the difference between 1st and 20th place. And he didn't just fly across the country for the shooters bag.

So here's a break down of what Kelly chose to put together, in collaboration with his many companies he represents. The entire gun is done in a new finish that F1 is playing around with, and to say it "stands out" is an understatement. In a SEA of competitors, you can definitely say this rig will not be mistaken for many others. Kelly did an incredible job, meticulously picking out every part of the gun in great detail. Obviously, taking into consideration that he not only wanted his gun to look good, but also produce so that he can remain at the top of the heap when the dust clears. He is still in the fun stage of "breaking in" the gun, and getting it dialed in. But make no mistake, though the gun may look like a safe queen, it can certainly, "Do the work" and we wish him, the best of luck!