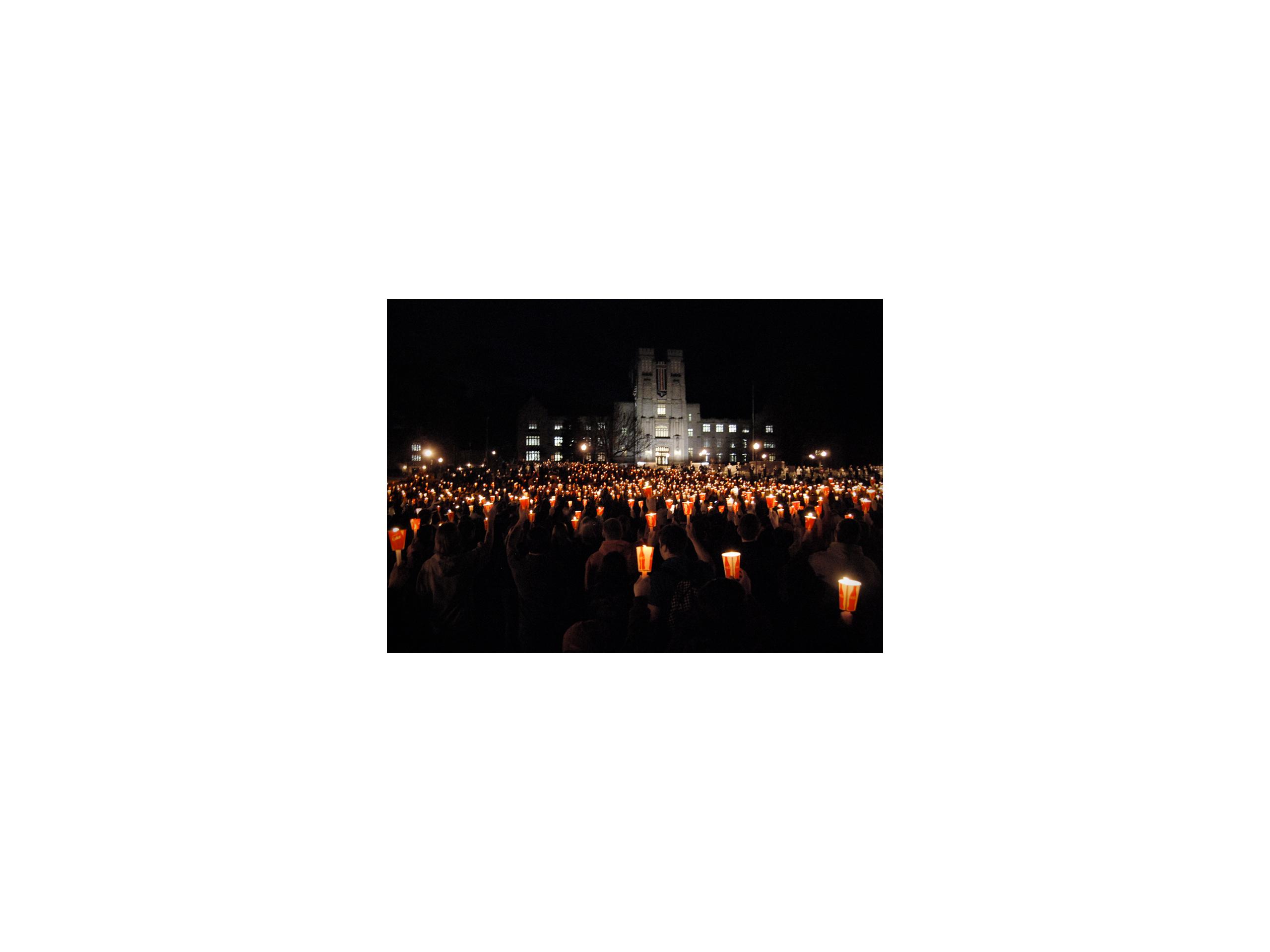 Everyone keeps saying, “This has got to stop.” But, we all know that it isn’t going to stop. In fact it’s going to keep getting worse and worse until some fundamental things radically change.

Almost 100 People Have Been Murdered In The Last 35 Days… in The United States Alone.

Part of the root problem is people refusing to actually define and call out EVIL.

Here’s just a quick look at the three mass events that have happened in the past 35 days that have taken the lives of close to 100 innocent people, men, women, and children. EVIL is no respecter of persons.

November 5, 2017 - A man walks into a small church in a rural Texas town and guns down 26 people. The shooter, identified by two law enforcement sources as Devin Patrick Kelley, is found dead after a brief chase, but it's unclear if he is killed or takes his own life. It is the deadliest mass shooting in Texas history.

October 1, 2017 - A gunman, identified as 64-year-old Stephen Paddock, fires from the 32nd floor of the Mandalay Bay Resort and Casino on a crowd of more than 20,000 gathered on the Las Vegas Strip for the Route 91 Harvest Music Festival. He kills 58 people and injures more than 500. Police believe the gunman then kills himself. It is the deadliest mass shooting in modern US history.

October 31, 2017- 8 people were killed and almost a dozen others were injured when a man in a rented flatbed pickup drove down a busy bicycle path near the World Trade Center, police said at a news conference. “This was an act of terror, and a particularly cowardly act of terror,” New York Mayor Bill de Blasio said, “aimed at innocent civilians, aimed at people going about their lives who had no idea what was about to hit them.” The 29-year-old suspect was indentified by two law enforcement sources familiar with the investigation as Sayfullo Habibullaevic Saipov. He is from the central Asian nation of Uzbekistan and came to the United States in 2010, sources told CNN. IMPORTANT TO REMEMBER… this is just the last 35 days… and it doesn’t include the everyday crime and fatalities that have become the norm for cities like Chicago, Detroit, and many other major cities that have the strictest gun laws on the books.

My Approach to this article; and part of the real root of the problem.

This article is not about tactics, or any type of self-defense concepts or LE strategies or anything of that nature.  I have my own opinions and I absolutely echo the ideas of many of the top tier instructors and experts on the subject of domestic terrorism. This is also not a political based article.  This is just my first approach to giving a simple definition to the types of people who commit not just these types of mass atrocities but anything that falls within this easy to understand, easy to remember and easy to identify behavior definition. We have lost for many reasons (like I stated, not a political slanted article), the ability, the desire, the need, the want… to call out EVIL for what it is; It’s just pure EVIL. So much so, that the word EVIL has lost its definition in the shadow of tolerance, or at the very least, it’s definition in the purest sense.  Nobody really wants to say it. Nobody really wants to call it out for what it is. The more nebulous and undefined this word or term becomes the harder it is to use it. And right now in the world we live in… we need more than ever to use the word EVIL. Here’s part of the root of why I think the word EVIL has lost it’s sting. Here’s the “Webster’s Dictionary” definition of the word EVIL is first an adjective that describes someone who “Morally wrong or bad; immoral or wicked.” All essentially words that describe acts, thoughts, etc… centered around the lack of morality. The problem is that we have eliminated the concept of “morality” in our population and replaced it with “choice”, but choice with no consequences. Since we have disintegrated the concept of morality, you now have no opposing concept… which is evil. I’m going to forego the fact that this is largely due to the utter attempts to destroy the concepts of God and Religion which seem to be the household and defenders of Morality, which is usually centered in the ideas of “Conformity to the rules of right conduct, virtuous and moral conduct.” We have obliterated the concepts of right and wrong… we persecute and prosecute any and all who try to make us conform to any rules of right conduct, because those are the opinions of others and you cannot impose them onto those who don’t believe the same. The simple fact is, that Morality is not an opinion. It is a fact and a truth, which many in this country try hard to destroy the concept of, so we end up with no counter and now we can’t even label what is truly EVIL. So I would like to bring my definition of EVIL, based not on religion, God, politics or anything else that many in this world have leveled as a platform, to judge a person’s behaviors. My definition of EVIL is very simple. We teach it to our students in Weapon Institute (our Civilian Combatives School), our children, and we teach it all over the world in seminars. My definition is broken down into four basic descriptions based on using the word EVIL as an acronym. As you think about the events that happen all around us… apply these four descriptions, and if the person or organization or event legitimately matches these four… then I can assure you, that it/they can be labeled as E.V.I.L.

The Four Components of E.V.I.L:

E – Extreme:  People who are defined as being EVIL have extreme viewpoints.  They are by their very nature or by association with the organizations they represent or participate in… are Extremists.  There is no thought or action that is outside of the boundaries of civility or humanity for them. V – Violent:  Violence on an extreme level is the result of individuals who have extreme view points, driven by an ideology that so radically differs from the rest of the civilized world, that it is hard to comprehend this type of violence.  Whether it’s violence in the form of protesting, or murdering police officers while they sit in their vehicles, violence is always the end result and a major tool of those who are EVIL. History has proven this out since the beginning of time. I – Ideology: Those who are evil fundamentally run off an ideology, sometimes masked as a religion, that fuels all of these other three attributes.  This ideology gives them the concept that the rest of the world is evil and they are indeed responsible for the punishment of those whom their ideology deems unworthy.  There are no boundaries for their ideology, and it supports any level of violence from slavery and raping, to the beheading or torture or murder of anyone not in alignment with their ideology. L – Lawless: Those who are evil are completely without or outside the law.  Their ideology is their law, so therefore the laws of this land, of civilized nations and communities, have no bearing on them, and their extreme violent actions are within the boundaries of their laws, irrespective of where they are.  They are totally outside of the Laws that we know and live by on a daily basis.  The vicious murdering of authority figures or innocent civilians is deemed as lawful by them, according to their ideology.

In the end, we must recognize EVIL in all of it’s forms.  This acronym helps to more easily do that, since the civilized world seems to be arguing consistently about what can be called evil.  I do believe that this concept of E.V.I.L spells out what can be labeled as EVIL. Do I think this acronym and description of E.V.I.L will change the world?  No, not at all.  But my team and I talk about it everywhere we go, and it seems like an easy way to get the discussion started about what is EVIL, and maybe start to bring us back to a place where we can call EVIL by it’s real name… EVIL. Then we can actually start to take physical actions in combating and defeating it. The first battle seems to be in the mind and how we define or don’t define immoral and terribly wrong behavior.  Once we win that battle, then we can go about winning the war.
by Debi Earle
Posted in: Articles - Fresh from the firearms industry
0 comments
Comments
Leave your comment
Your email address will not be published