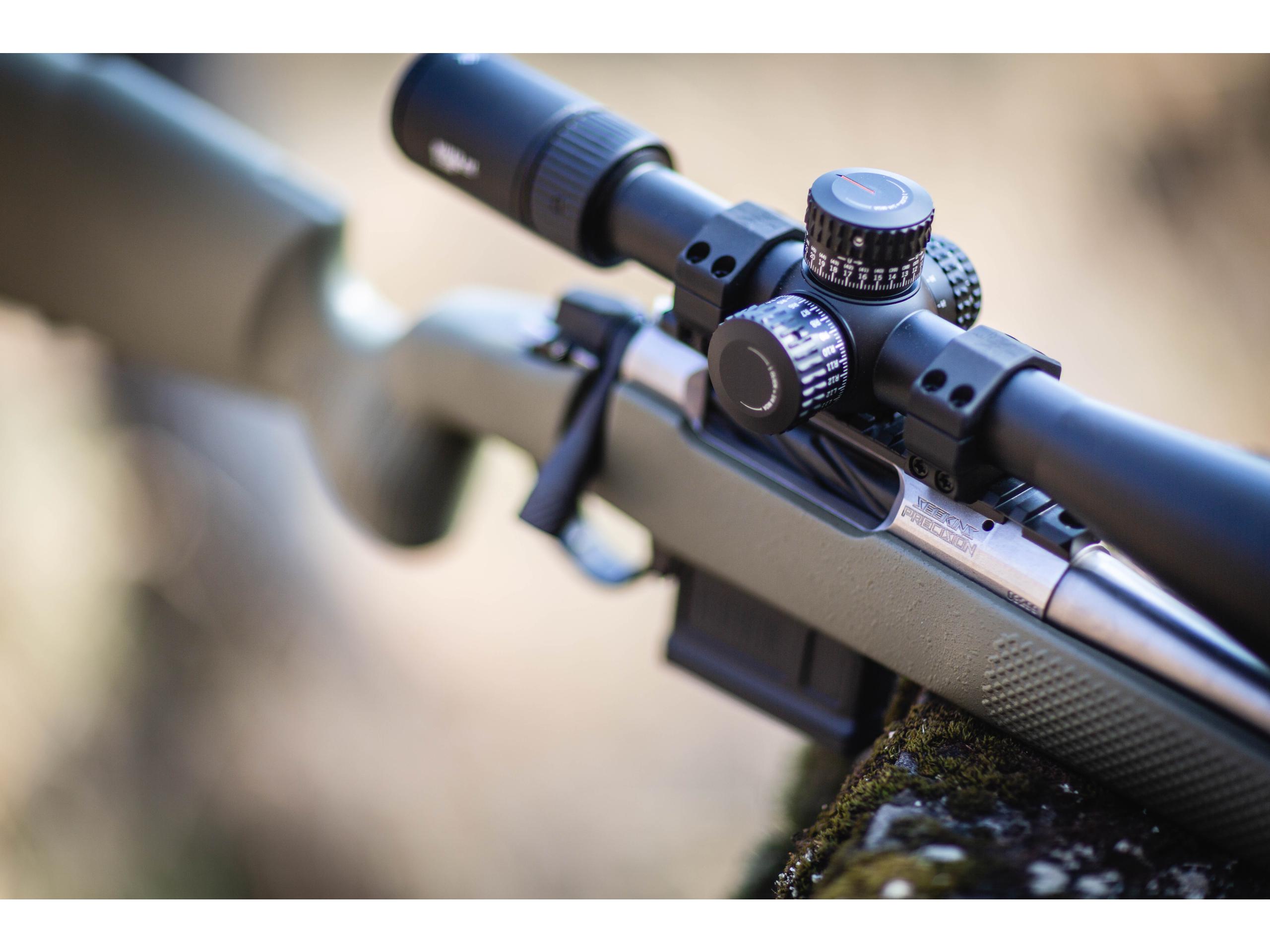 havak MOA 6.5 Creedmoor Seekins Precision
Posted in: Product Reviews | Reviews Blog
By Shaun Cook
No comments
Or Is It?   With the ever-growing segment of custom precision bolt guns the last five or so years, we’ve seen a huge growth in the category of lightweight or “backcountry” rifles. As a hunter that makes the attempt to reach difficult areas away from the pumpkin patch, I’m a fan. But as I have put my hands around more than a few of the ponderous pill pushers, I found myself still wishing for my heavier, more capable long-range rifles. Of course, one can always step into the world of titanium actions, composite stocks, and carbon fiber barrels, but last I checked Craigslist frowns upon selling kidneys and first-born children. The budget can be stretched thin when trying to accomplish rifle weights somewhere in the neighborhood of ballet slippers rather than work boots. That’s where Seekins found a crack in the market. Like our favorite sugar-powered rocket fuel juice Man, Seekins successfully crashed through the wall with the HAVAK series of rifles. Sure, they cost more than your dad’s wood-stocked 30-06 - but they also weigh about ⅓ less too (7lbs for the PH1). For around the same price as most custom titanium actions,  you’re into a complete rifle rather than just the trigger. Seekins totes them as a hand-built, test-fired, custom rifle…but are they? Can one really expect that level of performance from a boxed, over the counter set up without spending $4-5K?   I had to find out. The rifle I got was a PH1 chambered in 6.5 Creedmoor, topped with a Vortex PST II 5-25x50 FFP with the MOA reticle. I chose this glass due to it’s higher magnification while still keeping it lightweight. Gripping the glass was a set of Seekins 30mm rings in the lowest height available. The HAVAK comes with a threaded barrel, so I opted to put a SUREFIRE SOCOM 6.8 QD brake to accept my SOCOM suppressor and scrub a little recoil off.  I already had a case of PRIME ammunition 130gr rounds and figured that was a good a start as any.

Off to the Range I’ll admit, I was concerned with the first 10 rounds down the barrel. They didn’t group nearly as well as I was hoping (which very well could have been user error) but like a light switch, the groups snapped down to around ½ inch, 4 round groups with all 4 holes touching at 100 yards.   After a few heat cycles, I got more familiar with the trigger weight (Timney 510 factory set to 3.5lbs) and the feel of a fairly wide palm swell that fit my hand VERY well. The swell leads to a slightly elevated level comb that obviously had the consideration for the larger tube/objective scopes if chosen.   It was time to start reaching out a little further. I zeroed at 200 yards and started shooting groups. They all seemed to average ¾” or smaller with the exception of the occasional flyer from my out of practice hands.   On my way home from the range, I was feeling pretty good about the overall performance. I called Seekins to ask them for recommendations on what ammunition they see fly the best. I left that conversation with an undying itch to hit the reloading bench because it seems they have had their best results with 143gr and 147gr Hornady ELD-X projectiles. With that said, if I can squeeze even a LITTLE more performance out of this thing, or even try it in the hands of a shooter with a little less coffee that morning, and a little more concentration, accuracy will be as good or better then a lot of custom rifles that are three times the cost.   All in all, this is a rifle that comes absolutely packed with options that you don’t get in some of those Gucci guns - such as an M16 extractor, external bolt release, QD sling mounts, carbon fiber box magazine, and stock.   If that wasn’t enough, to get you to take a second look, there’s still a long list of features that are usually reserved for more modern high-end action manufacturers. Options such as a four lug removable face bolt with 90 degrees bolt throw, integrated recoil lug, 20 MOA Picatinny rail, and spiral fluted bolt and barrel that gets the lands and groves via 5R rifling.   In hand, you really do get the feel of a custom rifle and surprisingly it has that solid quality feel that you don’t get when picking up a “production” rifle. From the attention to detail, to the features and knowledge, it’s all for naught without the accuracy - which the HAVAK delivers in spades. If you’re in the market for a “better then your buddy’s” rifle, but don’t have the extra kidney to spare, check it out. About the Author: Shaun Cook

"A shooter rooter" Shaun is a family man with an affinity for all things firearm. whether in the woods looking for his next meal, putting two in the A zone with a shot timer behind his head, or just out hanging out plinking with the wife. He proves owning guns is a lifestyle more than a hobby. Shaun has over a decade of experience building and experimenting with custom rifle platforms, and is addicted to staying current with the ever evolving firearms of today.