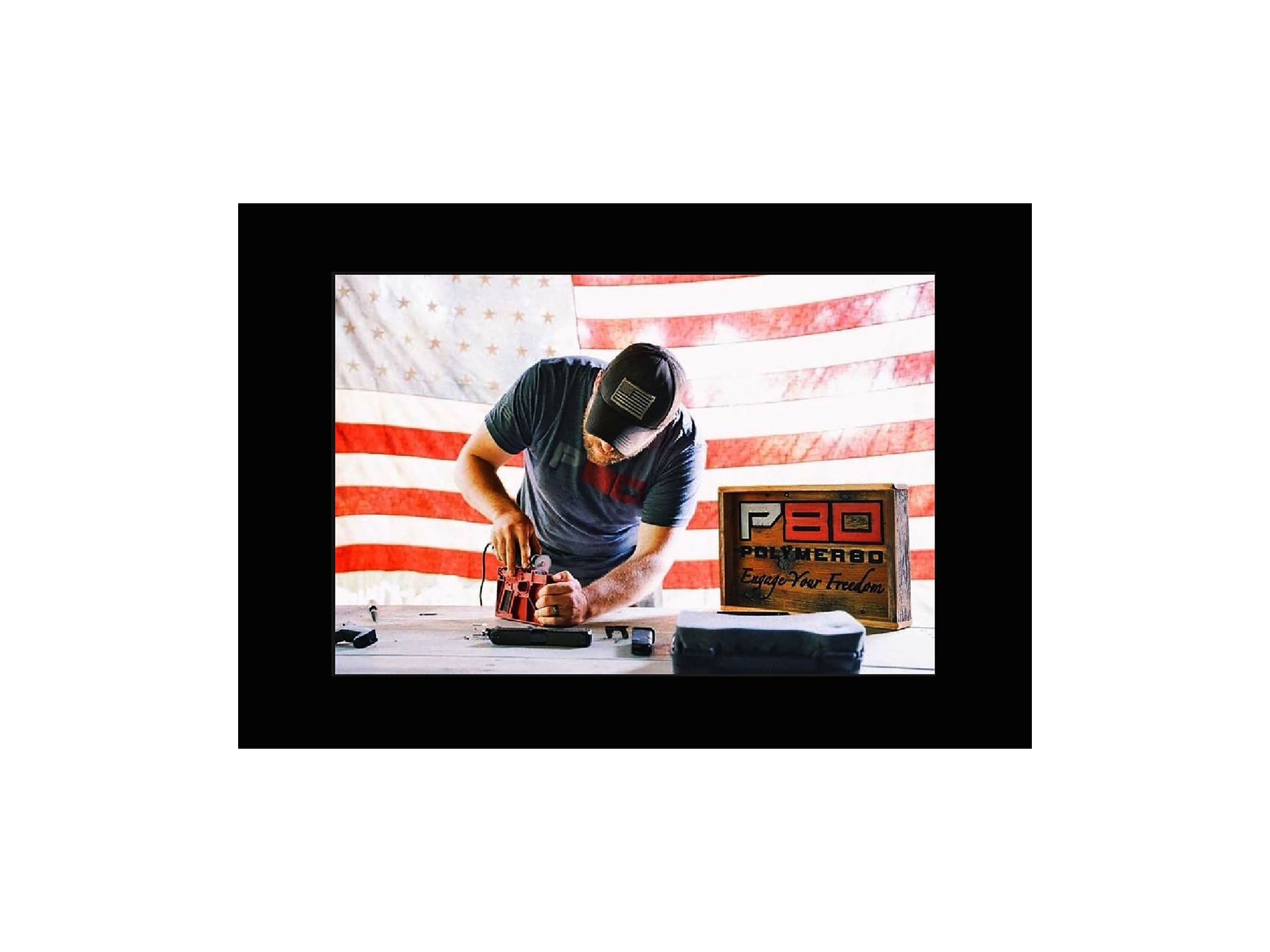 The ATF has issued an open letter regarding 80% Glock pistol frames (aka the 90 percent "Glock lower"). It isn't a favorable message either, at least not to proponents of the Second Amendment and individual liberties in general.

Once again, the Federal Bureau of Alcohol, Tobacco, Firearms, and Explosives (ATF) has changed its mind. Remember how 80 percent frames and lowers were legal until Joe Biden’s ATF decided that they weren’t? You know, like the ATF always does.

That question was shaking out as part of the Vanderstok v. Garland case in federal court, with the ATF agreeing that the frames and receivers in question were indeed legal so long as they didn’t ship with “associated templates, jigs, molds, equipment, tools, instructions, guides, or marketing materials.” 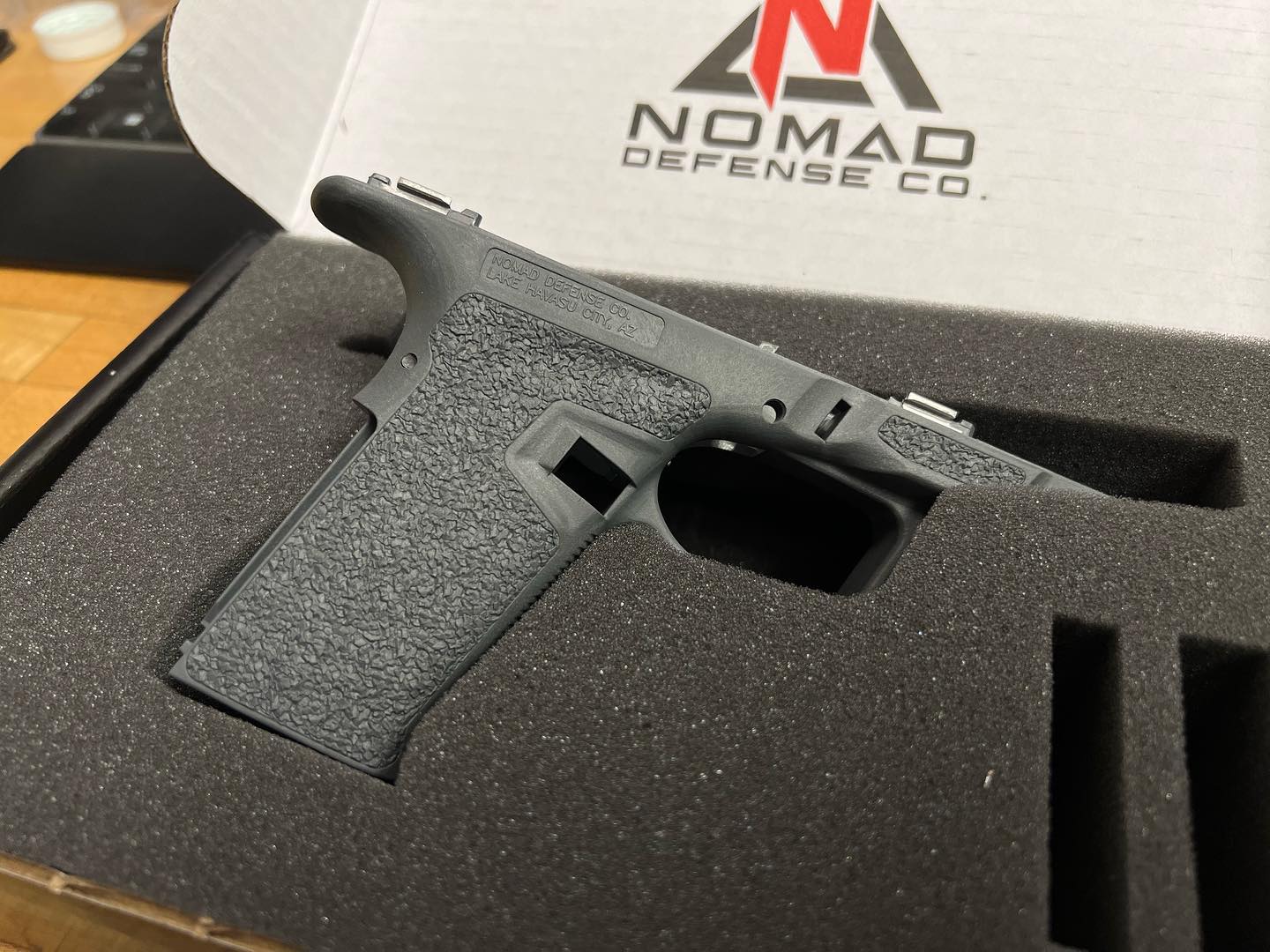 to make it a firearm...by the former rules.

So, basically, the frames and receivers are only firearms under the Gun Control Act (GCA) if they are packaged with those “non-firearm objects” (NFO). Strange, but okay. Companies had already incorporated that change and were continuing to ship their products. NFO sold separately. 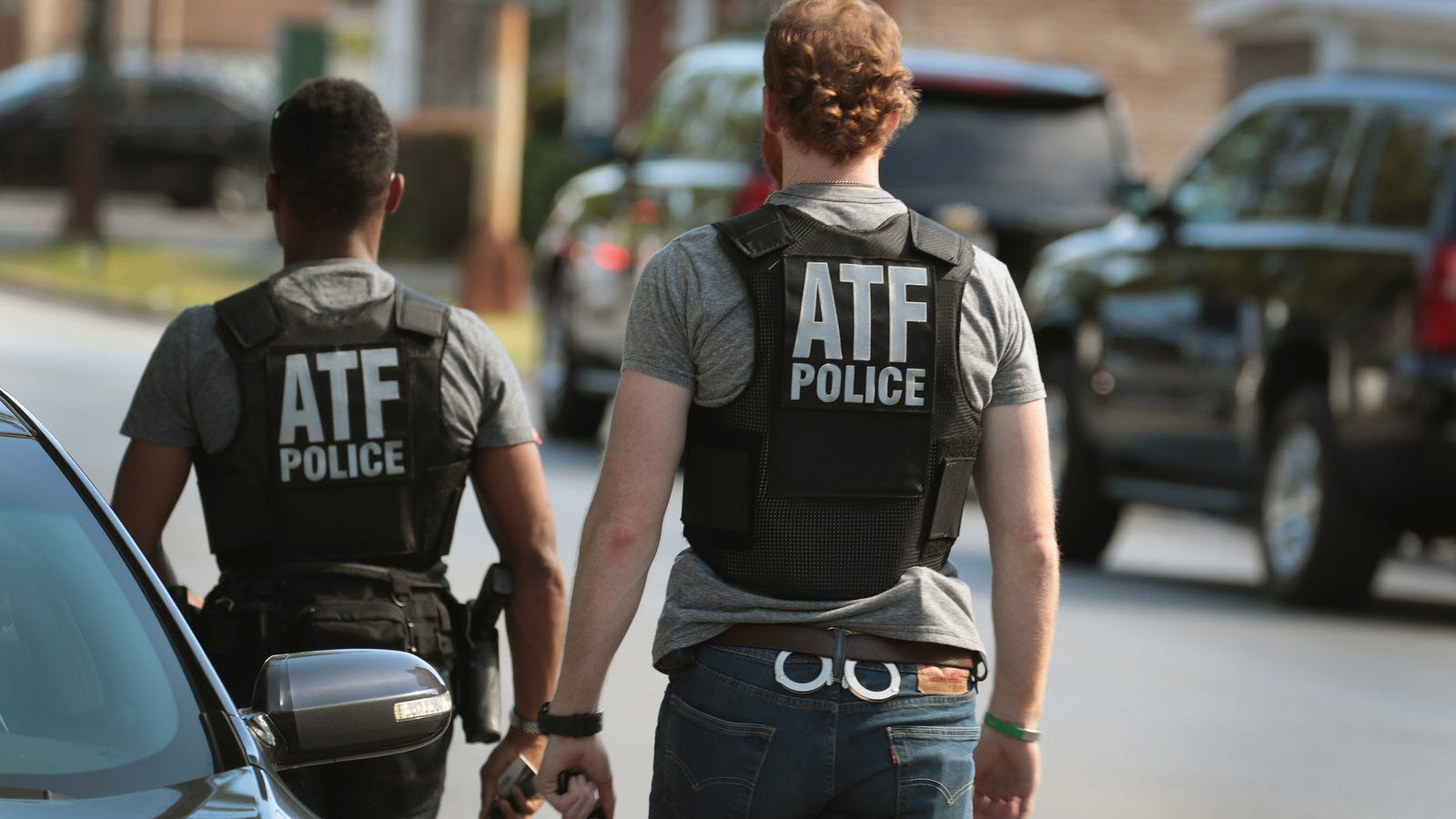 The ATF continues to change its mind about 80% frames...but why?

Then, out of the blue, ATF dropped a new rule on FFLs by way of a December 27 open letter. The letter stated that “these partially complete pistol frames are ‘frames’ and ‘firearms’ as defined in the GCA and its implementing regulations.” Even if they don’t include the NFO items.

ATF bases this change on the definition of the word “readily,” as in whether these frames can be “readily converted” to fully functioning firearms. 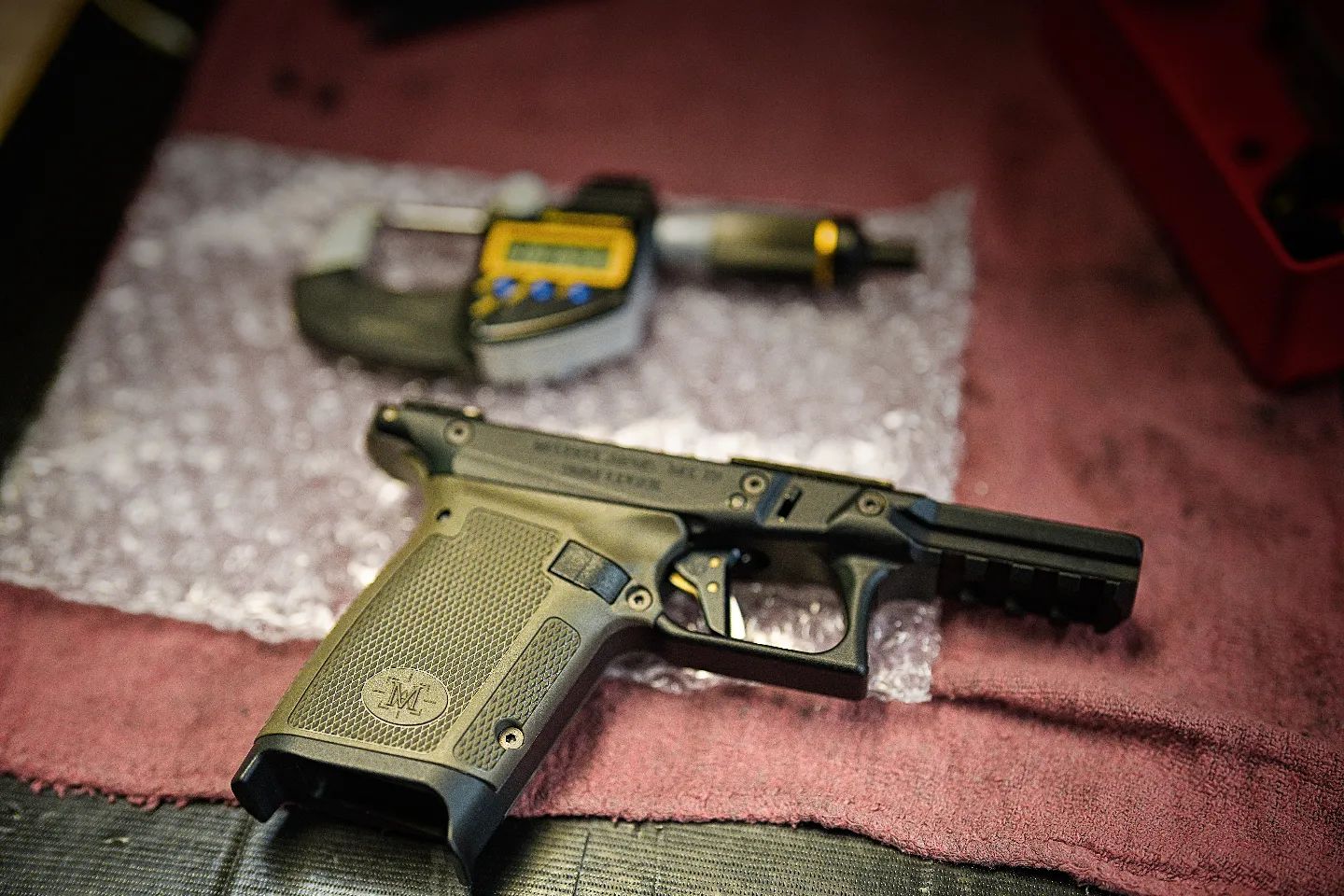 ATF says this definition has been recognized by the federal court system as being relevant to firearms under the GCA. ATF uses the “readily” definition to justify the sudden new rule change. 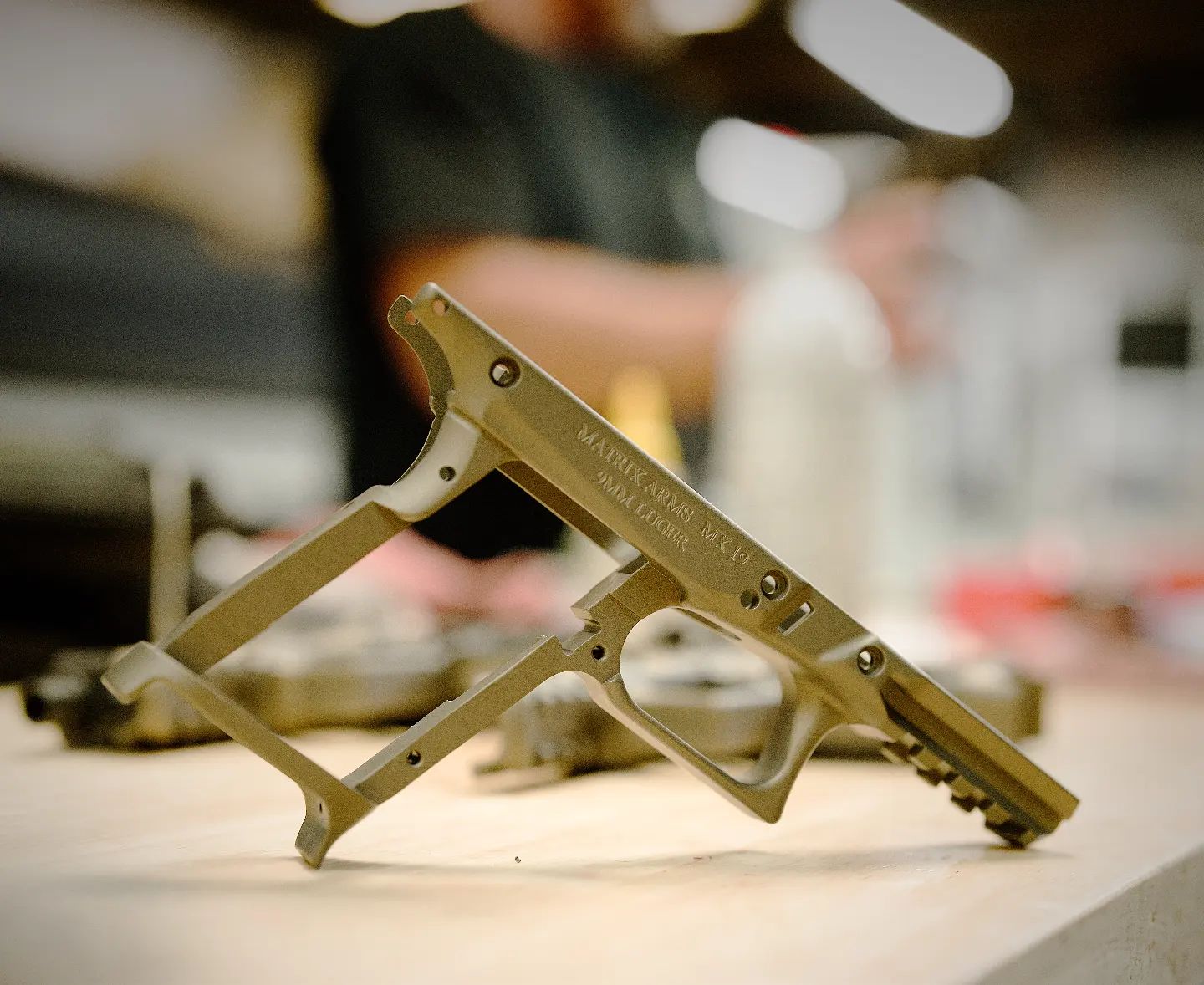 An aluminum frame from Matrix Arms: Polymer 80 is not at all the only

If everything was working out by not shipping the frames with NFO, why change? Especially so quickly? The answer probably lies with a new development in the Vanderstok case. Plaintiffs’ attorneys recently moved to dismiss the entire case, with a return to the way things used to be before the ATF started unilaterally changing the law at the behest of their political masters in the Biden Administration.

The motion accuses the ATF of usurping Congressional authority by making rules which carry the full weight of federal law. The Constitution clearly does not allow the Executive Branch, of which ATF is a part, to make law. But successive presidents have used federal agencies to do just that when faced with an uncooperative Congress, as Biden has been with his gun control agenda. In the ATF’s so-called “Final Rule” on Frames and Receivers, Congress did not change the law. ATF just changed the rule, but it amounts to the same thing, with violations carrying a felony charge.

This wasn't a firearm until it was, and even then only if shipped with other items. Not it just is. Again.

Federal agencies get away with this for two reasons. First, Congress is usually happy to let the Executive Branch handle controversial issues on which they would rather not take a public position by voting. Remember, their main focus is on reelection, which is made easier by playing both sides of the fence. If they have to cede a little rulemaking power, that’s not a big deal, considering the return. But it’s what we’ve come to expect from career politicians.

The other thing allowing agencies like ATF to make such rules is called the Chevron Deference Doctrine, which is a tool used by the courts to govern agency regulatory power. In a nutshell, Chevron is invoked when agencies get sued, which happens often. Congress is often vague when making laws affecting subjects they know little about. Gun owners know that all too well.

“Expert” federal agencies are usually left to make rules to implement whatever laws Congress passes, as the ATF does with gun laws, including the GCA and National Firearms Act (NFA). Chevron Deference means that the courts will usually defer to the agency’s supposed expertise when matters get down in the weeds, meaning that few federal agencies are ever sued successfully.

But last summer, West Virginia v. EPA changed that for the better. US Supreme Court Chief Justice John Roberts, in the majority opinion, invoked the “Major Questions Doctrine,” a legal device that helps determine an agency’s regulatory power. Roberts wrote that Chevron cannot be applied to issues of “vast economic and political significance,” as the EPA regulations were in West Virginia. The same can be said about federal gun control, of which the ATF’s “Final Rule” on Frames and Receivers is certainly an example.

The Vanderstok plaintiffs have a real point when they say the ATF is overstepping its bounds. It appears that ATF knows it too, thus rushing through one more change to the “Final Rule” and basing it, however dubiously, on Rule Section 478.11.

The motion also charges that ATF is violating the First Amendment’s free speech protections by disallowing printed materials being included with lawfully purchased frames. The plaintiffs say that:

“The Final Rule unconstitutionally chills protected speech based on both the content and on the identity of the speaker and fails to satisfy the strict scrutiny mandated by the First Amendment. According to the Agencies, an NFO accompanied by certain expressive materials (instructions and marketing materials) is subject to regulation as a “firearm” depending on the content of those materials and if those materials are provided by the seller. Without those expressive materials, an NFO is not a “firearm” and is thus unregulated by the Agencies.”

Basically, the frames are only “firearms” because they are accompanied by printed materials that the Biden Administration finds offensive. 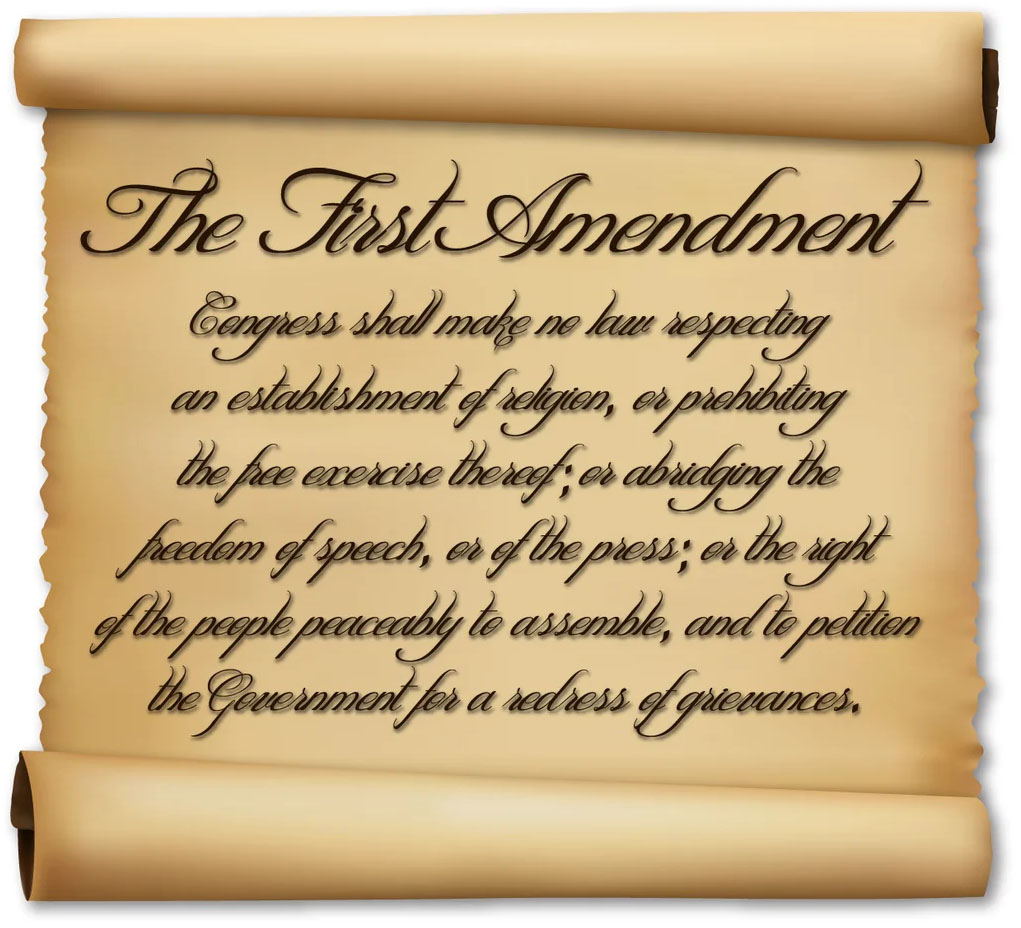 Did the ATF suddenly change the "Final RUle" to avoid a First Amendment violation?

This may be the main reason for the ATF’s sudden change. By outlawing all partially finished frames and receivers, they theoretically eliminate the charge regarding the included literature.

After all, if the whole thing is illegal, then the literature is irrelevant as a qualifying factor. 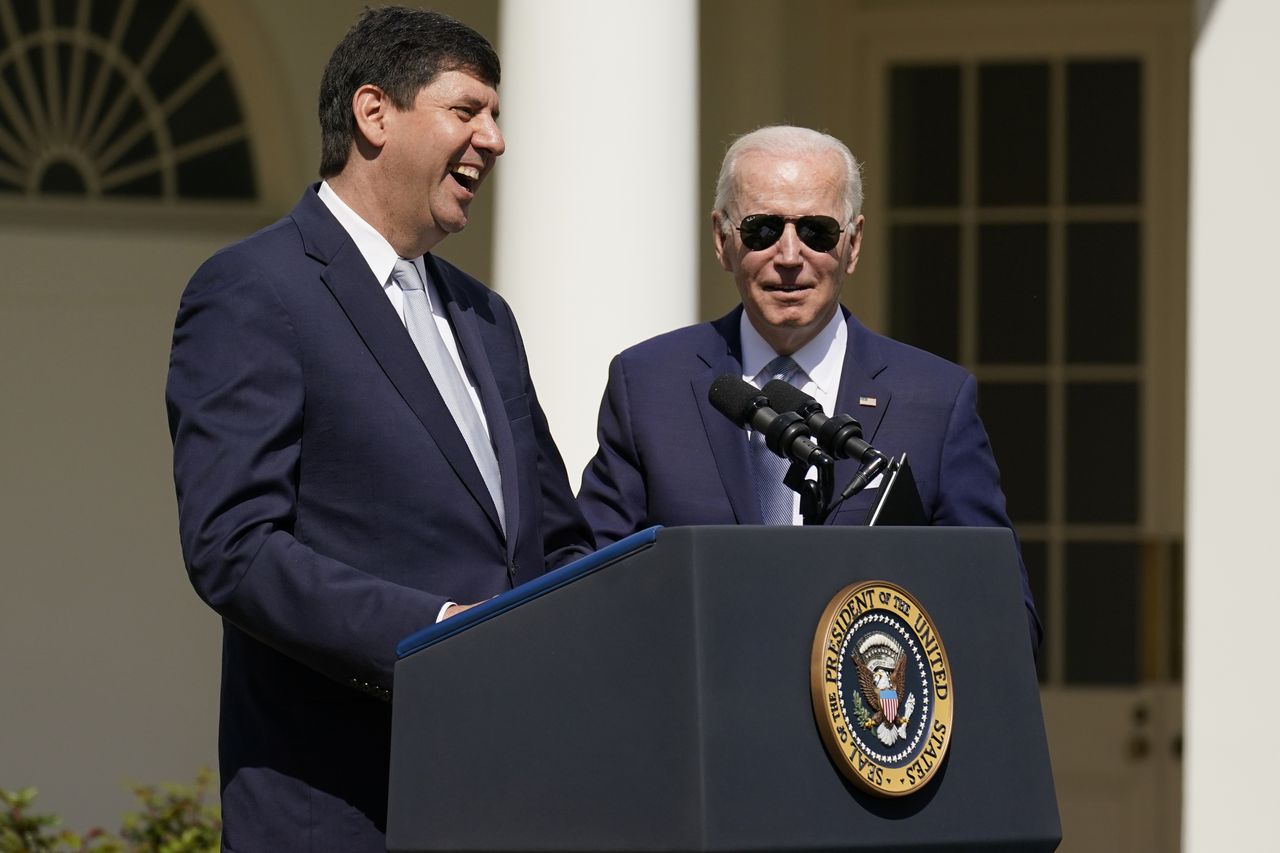 Disappointingly, though not at all surprisingly, ATF Steve Dettelbach

Well, that’s hard to say. ATF may well have jumped the proverbial shark. It seems plain to even a boob like me that they are rushing to cover the apparent holes in their already arbitrary “Final Rule.”

I plan to keep an eye on the ongoing Vanderstok case to see how the plaintiffs respond. Given the ruling in West Virginia v. EPA and the landmark Bruen Decision, the whole regulatory scheme could fall apart.

That doesn’t mean the ATF will take it lying down, even if it comes. Not with the most anti-gun administration in US history sitting in the White House. But the threads are starting to unravel, providing unforeseen openings to the ever-growing army of pro-Second Amendment legal groups out there. 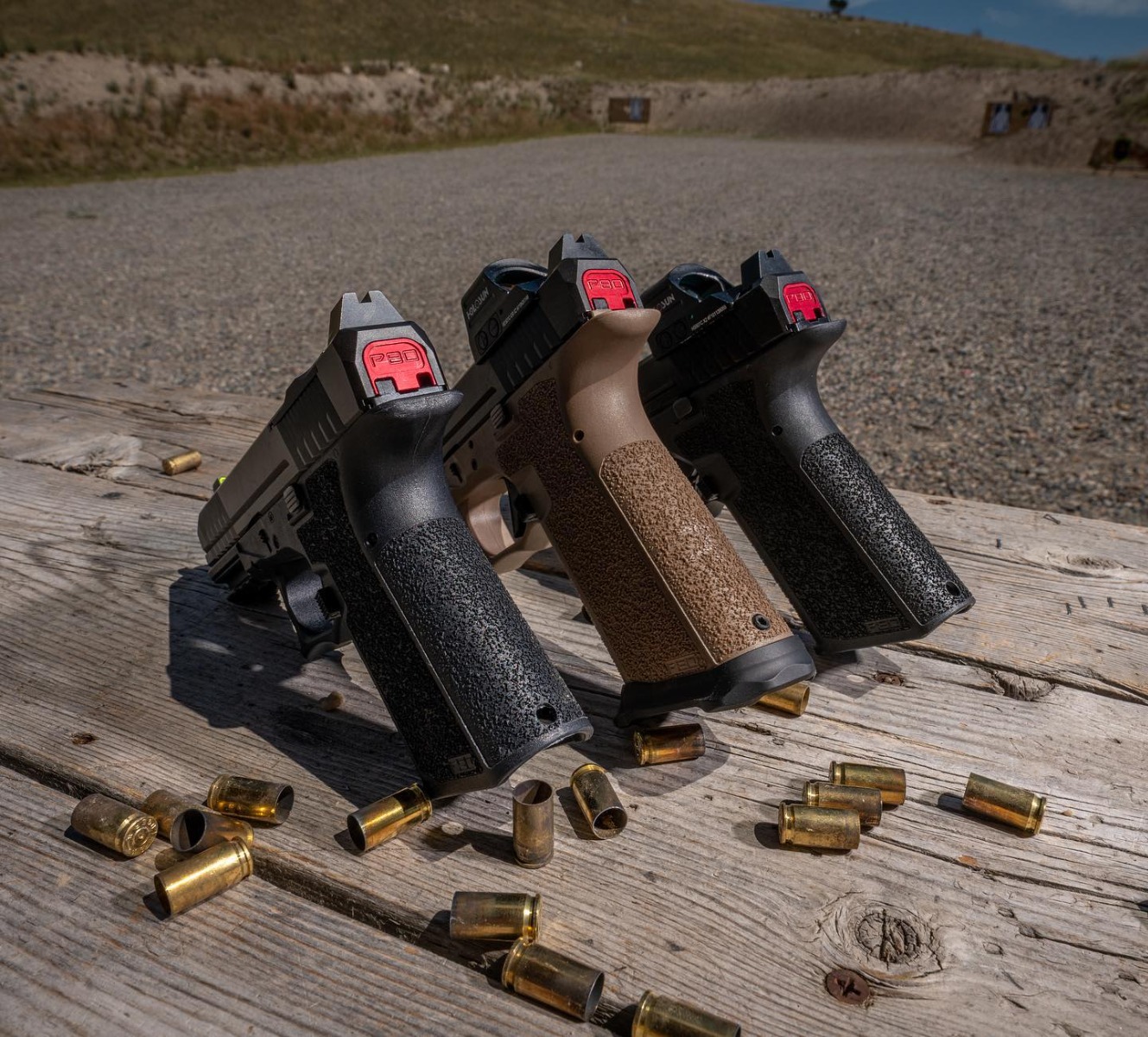 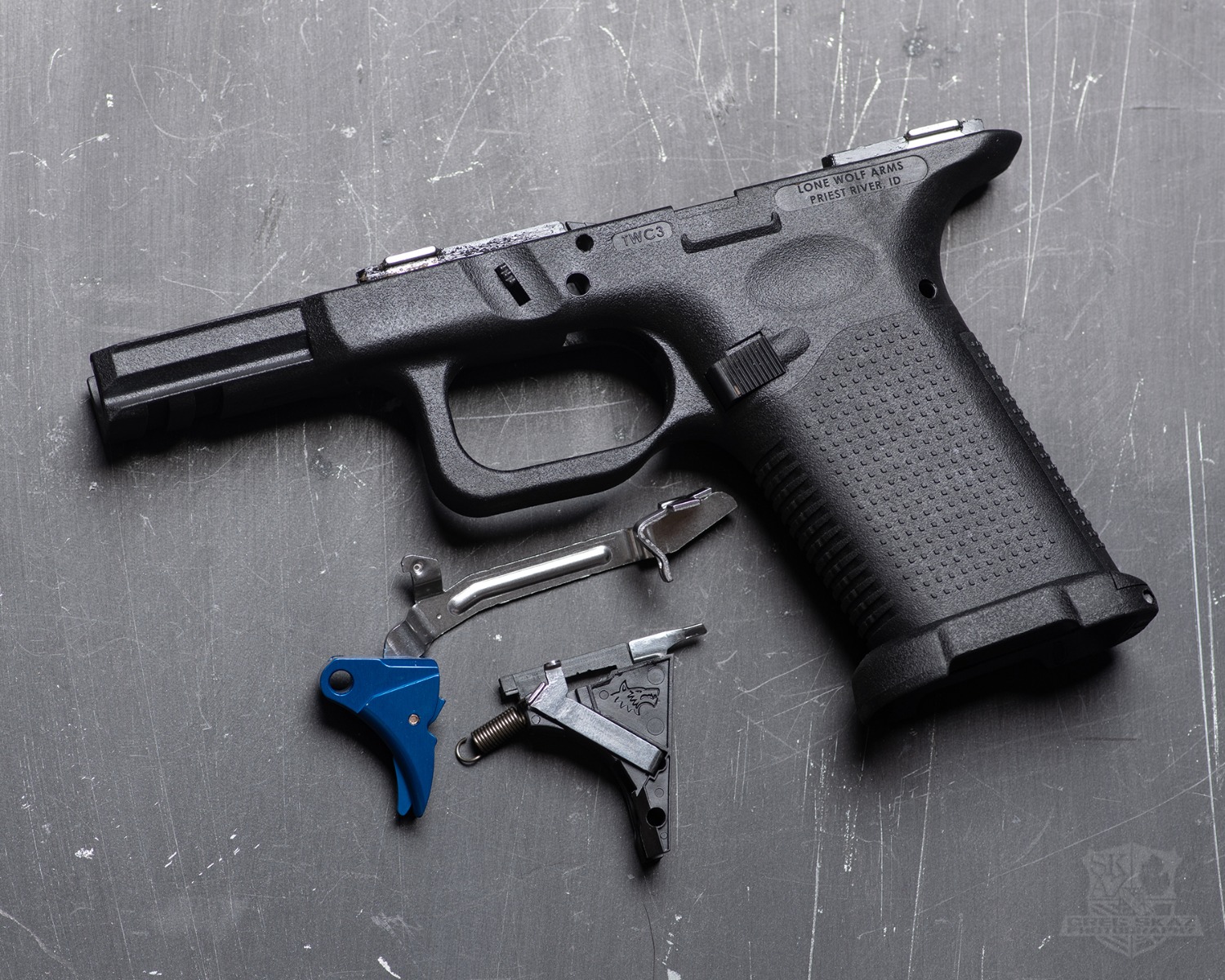 Another example of Glock frames: this one is from Lone Wolf Arms.

One thing’s for sure: things are about to get very interesting.

Note: Documents pertaining to Vanderstok v. Garland and other cases may be found at courtlistener.com. 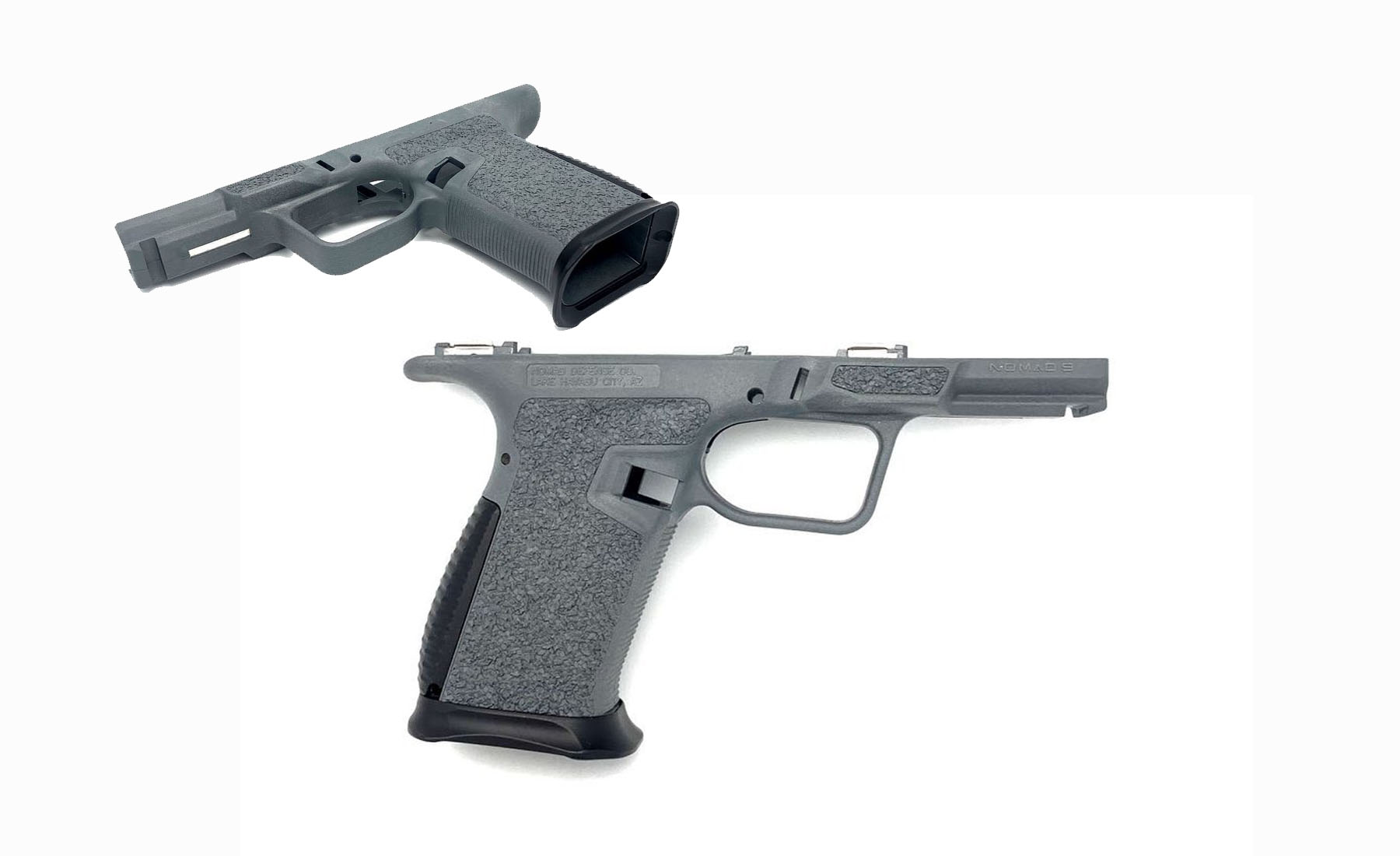 by Bucky Lawson
Posted in: ATF News and Second Amendment Issues
0 comments
Comments
Leave your comment
Your email address will not be published