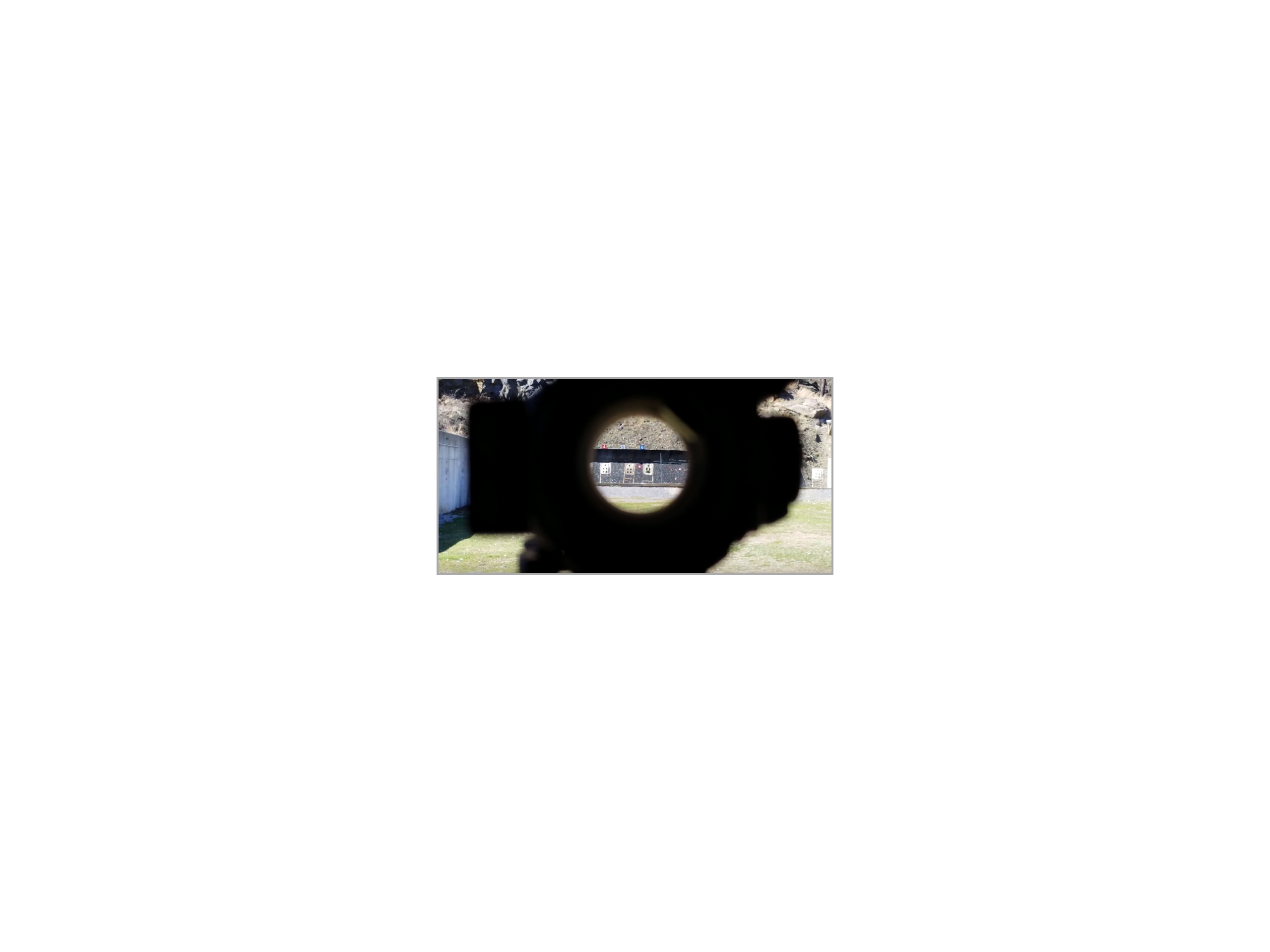 However, which one should you choose

A red dot or a scope?

You’ll find out by the end of this guide. Let’s dive in!

What Is A Red Dot?

It’s a optic with a red (or green) LED dot in the center.

You can keep both eyes open while firing. Even better, you can use a iron sight alongside the red dot (known as co-witnessing).

This allows you to aim from a variety of angles — perfect for close quarter combat (CQB) engagements. On the other hand, you may be wondering...

What Is A Magnified Optic?

It’s an optic that can ‘zoom in’ on faraway targets.

Magnified optics (or LPVOs) can do both: engage short-range and long range targets...at the SAME time.

This is very convenient — especially on the field when you’re lugging around tons of gear. But, it does take a little longer to ‘zoom in’ short-range compared to red dots.

How much longer? That’s what Lucky Gunner sought to answer when they ran a..

The experiment was simple.

Test both optics head-to-head in a speed and distance test. Starting from 7 yards all the way up to 300 yards. The end goal was to see which optic was faster for each range.

The result of the experiment?

From 7 yards up to 50 yards, red dots outperformed magnified optics by tenths of a second. That may not sound like much, but the truth is that’s quite a lot.

When you’re engaging in close quarter situations, tenths of a second could mean life or death. However, from 100 yards and up, the magnified optic won by a few long seconds (sometimes up to 30 seconds).

With all that said, I wouldn’t make a decision yet until you look at the…

Cons For Each Optic

The first is astigmatism. This is a biological eye problem that can affect your ability to use a red dot.

Astigmatism means you’ll see the red dot as a blurred, weird shape — even making it unusable in more extreme cases.

But the big problem with red dots is it’s only designed for short-range. To overcome this, some people use a magnifier with flip mount or an ACOG.

In either case, you’ll be spending some extra coin (sometimes going up to $1000+). If that’s the case, you may want to start looking at the…

As we’ve seen from Lucky Gunner’s test, magnified optics take longer to ‘aim down’ targets from 7 to 50 yards. It’s also much heavier to use a magnified optic over a red dot

That said, you get a lot more freedom with magnified optics over red dots. In fact, low powered variable optics (LPVOs) can do the job of a red dot and ACOGs...without the expense.

So now that we’ve covered the cons, it’s now time for the final verdict...

Which Optic Is Better For You?

Here’s the straight up answer:

It depends on your usage.

If you only shoot close-range (between 0-50 yards) or use your gun for home defense, then go for a red dot. It’s lighter, faster, and easier-to-use.

Yet, if you’re shooting close-to-long range (over 100+ yards), then go for a magnified scope. It’s designed for longer range shots.

Which Optic Will You Choose For Your AR-15?

Will you go with a red dot? Or maybe a magnified optic?

Either way, let me know in the comments below.

Richard Douglas is a firearms expert and educator. His work has appeared on large gun publications like The National Interest, Daily Caller, ODU Magazine, American Shooting Journal, SOFREP and more. In his free time, he reviews various optics and firearms on his Scopes Field blog.